Ken (Yilun) Ying, founder & Chairman of Shanghai PATEO, not only delivered a keynote speech onsite at the Conference, but was also selected as a member of the EC for Shanghai Pilot Area. 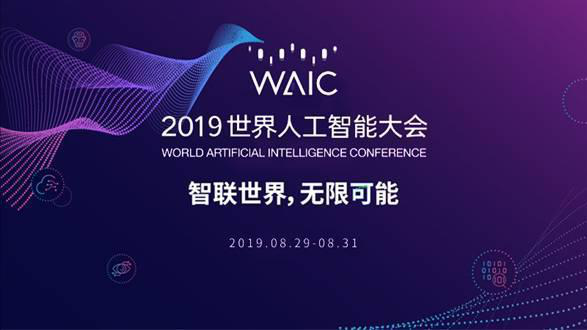 Themed “Intelligent Connectivity, Infinite Possibilities”, the World Artificial Intelligence Conference 2019 (WAIC 2019) opened in Shanghai on Aug. 29, at which the palace-level AI scientists, entrepreneurs as well as government leaders gathered together to explore the industry trends and hot technologies in this field.

Given that the IoV is one of the indispensable frontier technologies in the age of AI, Shanghai PATEO, the enterprise that has been playing the role of a navigator in China’s IoV field, was invited to attend the Conference. Its founder & Chairman Ken (Yilun) Ying, besides delivering a keynote speech on the site, was also selected as a member of the Expert Committee (EC) for Shanghai National Pilot Area for the Innovative Development of New-Generation AI (hereinafter referred to as “EC for Shanghai Pilot Area”), so that he’ll join 19 other experts and scholars, mainly domestic and foreign academicians and presidents of famous universities, in contributing ideas and offering suggestions for the construction and development of Shanghai Pilot Area.

At the Conference site, Li Meng, Vice Minister of Ministry of Science and Technology, P.R.C., issued the Certificate for Appointment of Expert to him.

The Ultimate Experience of AI Products: Initiated from Innovation

As one of the industries that first benefit from the age of AI, the IoV field represented by PATEO is undergoing rapid development and evolution. Founded in 2009, Shanghai PATEO has now developed into the IoV enterprise boasting the highest automotive customer share and the most innovative team in China. As a player in a high-tech industry in the forefront of the times, innovation and creation have naturally become the foundation of the company; the goals of “Ultimate Quality”, “Ultimate Experience” and “Ultimate Interaction” proposed by it are also based on its own unremitting innovation.

Against the backdrop of the AI era, a variety of technical products have been emerging one after another, making it even harder to strive for the so-called “Ultimate Experience” in the actual process of R&D and application. For PATEO, who is to build a complete ecosystem that covers all automotive-related segments, ranging from automotive electronics to OS and cloud platform as well as map and voice, each and every link and detail will bear on the success of the ultimate user experience; intelligent driving, in particular, becomes the most complex technical challenge that most urgently needs to be addressed at present, as it concerns both human life safety and the progress of intelligent transportation construction.

“Ask a conversational product about the next line following ‘The sun beyond the mountain glows.’ Should we call this AI?” Ken cited an example on the site, “we see this product as a mere search library. It has no AI capabilities.” Then he gave a definition of AI: Different from the misunderstanding that equals AI with the robot, “AI actually means using the simplest approach to get the existing technologies of the Mobile Internet and the available capabilities of the Industrial Internet connected, thus bringing people a simpler and happier life,” said him.

PATEO's technological innovation is user experience oriented, and is initiated from the optimization of details. In terms of human-vehicle dialogue alone, through the technical assistance of PATEO, it has been realized that the user can directly issue a command to the vehicle at a fast speech rate without uttering a “wakeup word”; no matter under what circumstances, the windows are open or the music is being played loudly in the car, the system is able to quickly capture and understand the true intentions of the user, and achieve the most immediate voice based vehicle control — This is what AI is like today.

Next Era Will Be Featured by Interactions of Singularities

Over the past several decades, companies on the Fortune Global 500 list, including those in the science & technology and energy industries, have undergone earthshaking changes with the vicissitudes of time: traditional industries keep being disrupted and changed by new technologies and new trends. In China, companies like BAT (Baidu, Alibaba and Tencent) have also experienced a technological change every ten or twenty years.

Ken believes that the Industrial Internet will be the largest tipping point in the next era, one important manifestation of which is that the Internet concepts and technology products will enter the traditional industries, and bring about a profound and disruptive historical revolution. Fortunately, during this process, the IoV filed that PATEO is specialized in is right on the wave of the times, where singular points interact with one another.

With the 5G era increasingly approaching people's daily lives, autonomous driving and Intelligent Vehicles (IVs) have become the most typical applications of 5G technology. The model of interaction of singular points – i.e., the smartphone and the IV working together on the smart city – is becoming increasingly clear, while the future of smart mobility and smart life will precisely stem from the industrial revolution triggered by this interaction of singularities.

In the speech, Ken indicated that during the process of transformation and upgrading, the automotive industry, the second largest sector in China, will first usher in changes brought about by the “CASE”, namely, the Connected, Autonomous, Shared & Electric vehicles, then earth-shaking changes will take place, involving the fields of complete vehicle sales, refueling, aftermarket and so on. With the gradual shrinkage of traditional demands, new manufacturing, new retail, new service, new insurance, new mobility, etc., will rise to the occasion.

“We’re cooperating with mobile phone manufacturers, such as Huawei, vivo and Xiaomi to develop a capability. With this capability, some changes will happen to the traditional way of thinking for the mobile phone and the car to get connected as a whole.” Ken explained while doing the live demo. “Take the designated driving service for example. We don’t have to complete a series of complex steps any more: opening the software, agreeing on the meeting place, warming up or cooling down the car, etc., before we can finally make it; but just use the simple “Shake” feature, then the map, the car key, the payment and other related contents required will all be integrated into the service platform. After going downstairs, you will find that the designated driver is already waiting for you in the car. Everything is ready. You can set off right away.”

What’s more, the “Mobile IoV” system independently developed by PATEO has precisely got the smartphone and the IoV system connected and integrated, to use the cell phone to replace the IVI and control the IoV, then the IVI is slimmed down to a screen. Ken pointed out that the mobile phone, with its computing power about 20 times that of the IVI, is in a better position to control the IoV, also with its update frequency much higher than that of the IVI, is conducive to the intelligent upgrade of the IoV; while reducing the cost per unit and increasing the profits for automakers, the user’s car life is extended from the original 2 hours to 24 hours.

For AI to be implemented in the field of the IoV, technology will undoubtedly become a hard-core demand, then the intellectual property rights will be of particular significance. On this account, PATEO has attached the greatest importance to the technology R&D and the IPR. Ken revealed that in recent years, PATEO has invested 35% of its revenue into R&D every year, totaling CNY 1.76 billion, and has filed for more than 3,050 IPRs, 85% of which are invention patents. At the same time, on the list of “China’s Top 500 Companies by Patent” released in this July, PATEO ranked 104th, coming first in China’s IoV field.

Besides this, PATEO also possesses two major advantages: First is the complete set of platform capabilities. At present, it has integrated the 9 technology platforms of the OS, the voice, the map and the cloud, etc., that form the entire platform ecosystem capability of PATEO; secondly, PATEO has not only reached strategic cooperation with players in various industry sectors, such as Suning, Baidu and Ping An, but also established long-term partnerships with automakers like Bentley, Audi, Volkswagen and Peugeot. It is the open ecosystem that has given the industry more opportunities to help promote industrial upgrading and development.

On the whole, any good AI product, from conception to practical mass production, probably requires a decades-long breeding process, and from the perspective of applications of scenarios, hundreds of rounds of selections and eliminations are required to ensure survival of the fittest, then the large-scale verification can be passed, and the universal value of the AI product can be finally proved. Therefore, with regard to the field of the intelligent IoV, the abrupt rise based on the profoundly accumulated strength, vertical in-depth cultivation and horizon

As an important gateway to mobility, the IoV sector represented by PATEO will be in a position to collect more and more information, and further promote the transformation and upgrading of traditional industries, such as automotive manufacturing, retail and insurance, by leveraging its own innovation & creation, open ecosystem, platform capabilities and technical barriers, thus bringing more disruptive imaginations to the construction of the future intelligent transportation.