Company News
Company
PATEO Throws a Grenade The IoV Could Also Take this Approach?
6/24/2019
BY CHEYUN.COM
3915

When internet giants represented by BAT (Baidu, Alibaba and Tencent) are aggressively entering the field of the IoV, it seems that there is not much time left for the professional IoV companies like PATEO.

However, Ken (Yilun) Ying, who has been intensively cultivating the IoV for a decade and is dubbed the “Godfather of the IoV”, has once again made a significant move. Recently, PATEO and SGMW co-launched the PATEO Qing Mobile IoV for New Baojun, which is nothing less than throwing a heavy grenade in the field of the IoV.

This set of Qing Mobile IoV solution that doesn’t rely on the IVI hardware makes the internet giants that are participating in the fierce turf wars in the automotive circle break out in a cold sweat, because it is the first IVI system with a fully open ecosystem that allows the user a free choice, while continuing their mobile phone usage habits.

Mobile Phone and IVI Ecosystems Are No Longer Separated

The so-called Qing Mobile IoV system, by installing the PATEO OS cloud on the user’s mobile phone, offers access to the OS cloud account on a mobile phone for the first time, and allows the mobile phone to truly get inside the New Baojun.

For example, many users are accustomed to using Baidu Maps on the mobile phone, but the IVI only offers the Amap; users are a member of Tencent Video on the mobile phone, but they can only watch iQIYI on the IVI. Such isolated ecosystems will make users feel that there are two totally different worlds inside and outside the car, even if the IoV system and Apps are well implemented.

The PATEO Qing Mobile IVI system has solved this problem, allowing the mobile phone ecosystem to connect with the large screen in the car.

But, how this system is different from such cell phone mirroring systems as the Apple CarPlay and Baidu CarLife?

Currently, CarPlay only supports some music player Apps, as well as some map software, but not all mobile phone Apps can be mirrored to CarPlay; CarLife for Android is also basically applicable only to some music podcast software and the Baidu Maps App.

Ultimately, the PATEO Qing OS can not only realize mobile phone mirroring, but also call almost all Apps in the mobile phone, including the most popular ones right now, such as

*
messages and Dianping. On the site, Ken demonstrated features like directly calling
*
messages, sending a message to a contact, as well as sending location, all through voice. UI of the PATEO Qing Mobile IoV for New Baojun

The realization of this feature almost makes the in-car

*
messages that Tencent is developing a nominal existence. At the recent Tencent Global Digital Ecosystem Summit, Zhong Xuedan, VP of Tencent Auto Intelligence, said that the in-car
*
messages would be launched this year.

At the same time, this means that the IVI ecosystem of the user no longer needs to passively accept the arrangement of the automotive OEM or the system operator. Instead, they can directly bring the mobile phone application ecosystem they are used to into the car. This is an IoV ecosystem that truly gives the user autonomy.

Why is PATEO able to do it? How does PATEO get the permissions to call the various Apps? Ken told cheyun.com, "We don't touch data. In any cooperation with large internet companies, they would fear that you might have designs on the data. So the tone we set is not to touch the data. Otherwise, we won’t be able to carry on."

"The goals of an internet company to get involved in the development of the IoV system are nothing but increasing the number of users and improving user activeness. We can achieve all these goals without touching their data. Why don't they use it?” Ken asked. “The ecosystem of each big company is relatively closed, but opening leads to survival, while closing leads to certain death.”

Due to the cancellation of the IVI and application of the mobile phone hardware, PATEO only makes functional calls through voice control, which does not involve account data. The user's usage data is still stored in his / her mobile phone. It is unlike the traditional IVI system where you need to log in to the account if you use any App, in which case the user's usage data will remain in the IVI.

The IoV System with Hardware Boasting the Most Powerful Computing Power

In addition to the software ecosystem that is at user’s disposal, the PATEO Qing Mobile IoV for the New Baojun has another advantage that it cancels the IVI hardware, but instead leverages the computing power of the mobile phone to realize control.

For most auto companies, hardware iteration is also one of the most important factors that beset the development of the IoV at present.

The automotive R&D cycle is generally 3-4 years. When a vehicle model is launched, its hardware is already two generations behind. Moreover, given that the life cycle of a vehicle is ten years, even if the system can be updated over the air (OTA), there is still a bug that the computing power of the hardware may not be able to carry the latest systems and Apps.

Relatively speaking, the mobile phone development cycle is about 9 months, while the user replaces their smartphones at a higher frequency, usually around 1 year, which means that the hardware computing power of a mobile phone is always at the most recent peak.

Therefore, the solution whereby the IVI is replaced by the mobile phone can greatly improve the speed and smoothness of the IVI system.

However, to get the IVI and the mobile phone connected, a lot of gaps need to be filled.

The PATEO team has spent a whole year to by and large overcome the above difficulties, and finally realize IoV control via the mobile phone. Apart from the integration at the infotainment level, this Qing Mobile IoV system has also realized features like remote vehicle control, completely eliminating the car key. A mobile phone and a car key no longer have to coexist in an owner's trouser pocket.

Lower the Intelligentization Cost of Automakers

Ken described the benefits of this Qing Mobile IoV system to the customer and the user as "the price of a food stall & the experience of a Michelin 3-star restaurant."

In addition to the benefits to the user as mentioned above, we should say that this PATEO system offers a low-cost IoV solution for the OEM, so that they won’t have to worry about the high cost of the IVI hardware and the huge data traffic charges any more.

However, the PATEO Qing Mobile IoV is able to solve the IoV data traffic issue by making use of the mobile phone data traffic, because most mobile phone users currently opt for the unlimited data plans.

Besides, it saves the license fee of each software App for the OEM.

According to the data provided by PATEO, the PATEO Qing Mobile IoV solution is able to save up to CNY 0.8-1.6 billion a year for an automotive OEM with an annual output of one million units. Ken also said that, in fact, the R&D of the PATEO Qing Mobile IoV for the New Baojun first originated from an idea proposed by Shen Yang, General Manager of SAIC-GM-Wuling: "Why can't the IoV be extended from 2 to 24 hours?"

As the leader of the IoV industry, PATEO has truly turned this idea into a reality. 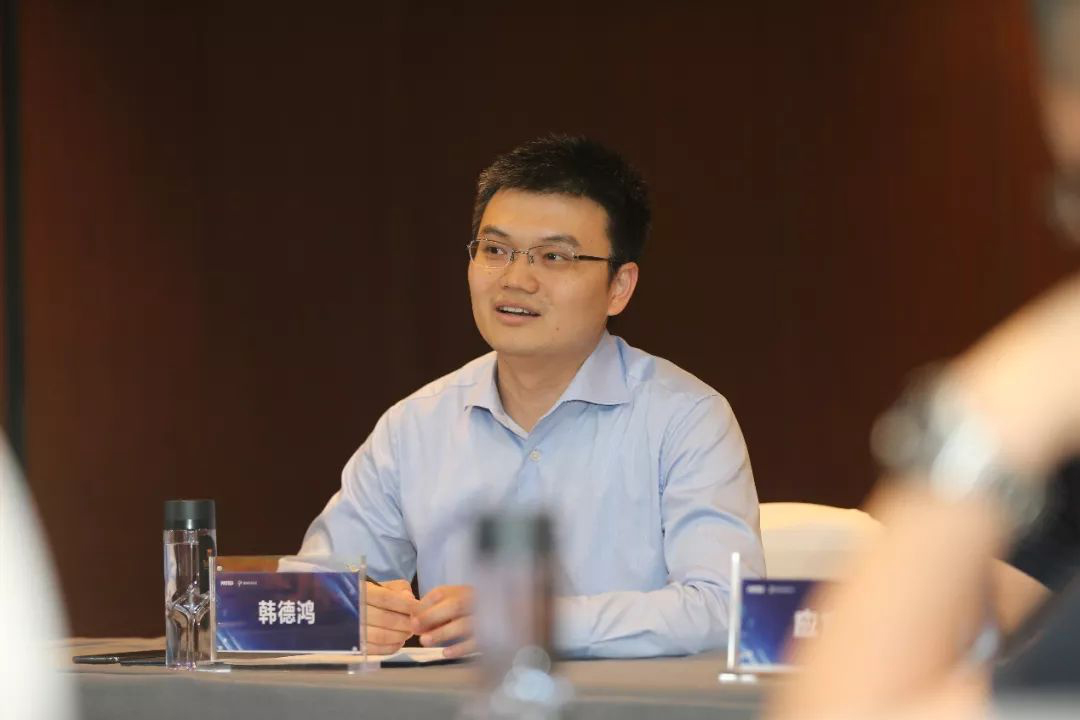 In this Apr., the reinvigorated New Baojun brand was launched in the hope that with the application of the new generation intelligent network connection technology, it could take the lead in sounding the clarion call for rebranding and game changing. It is brought forward that like the “engine”, the "intelligent network connection" will also penetrate all of its products as a standard feature.

At the same time, the Deputy GM of SGMW Sales Company also revealed that PATEO is also joining Baojun brand in working with Suning to launch pilot projects on New Retail.