In 2018, the Chinese auto market experienced the first sales decline in 28 years, but in fact, not all news is bad in the bitter winter. The country's firm confidence in the development of the auto industry towards intelligent network connection is nothing less than a shot in the arm, while the media's recognition for the highlights in the industry over the past year is also a warm breeze in the winter that warm everyone's heart. 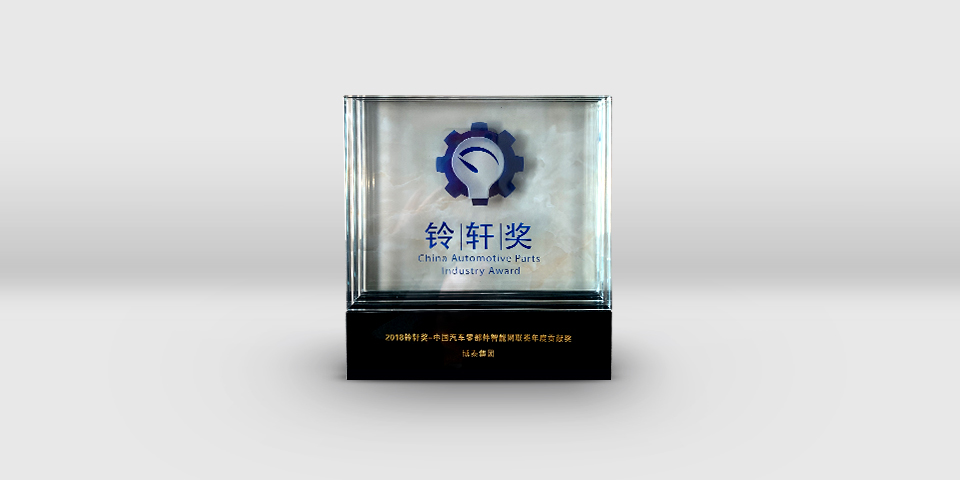 The China Automotive Parts Industry Award / Lingxuan Award is an event to evaluate and select the annual contribution awards in the China automotive parts field, jointly sponsored by Auto Business Review and the China Society of Automotive Engineers (SAE-China), aimed to discover and encourage the outstanding members and emerging forces, as well as to recognize the leading representatives in the auto parts industry, while offering technology-oriented supply chain considerations for automakers, promoting independent parts enterprises to go global, facilitating the establishment of the international division of labor & cooperation system, and ultimately becoming an exchange & communication platform between top-notch suppliers and mainstream OEMs. During the 3rd China Automotive Parts Industry Award / Lingxuan Award session in 2018, more than 100 cases of both local and foreign-funded parts enterprises were collected. After the evaluation of the jury from the six dimensions of advanced nature, reliability, adaptability, serviceability, brand power and market share, a total of 38 cases made it to the preliminary selection.

The AI-empowered Dongfeng Fengshen WindLink 3.0 IVI system with a leading AI eco capability is, to a certain extent, an epitome of the evolution of China's intelligent vehicles. It not only embodies such AI technologies as the OS, but is more about the model of collaboration between the carmaker and the IoV enterprise, as well as the creative conceptions of the future.

It has built a user-centric interactive system that is able to accurately recognize speech while understanding customer intent, with an outstanding performance in dimensions that are highly relevant to the user, such as information display, voice control and functional diversity. At the same time, it deeply integrates with the online ecosystem, to push scenario-based convenient services to users. On the same day, the 2018 China Auto Tech Innovation Awards also announced its selection results. This selection was hosted by cheyun.com, a well-known auto tech media in China, with a number of industry experts, senior auto media, senior tech media and professors from specialized institutes & academies participating in the final selection of the awards, to evaluate the product innovations and technological breakthroughs in the field of auto tech over the past year. Three categories of awards were set, i.e., Vehicle Model Award, Technology Enterprise Award and Award of the Year, covering the IoV, intelligent driving, electrification and other dimensions. Finally, comprehensive analysis and selection were conducted among the 125 shortlisted enterprises, vehicle models and technologies, based on the multiple aspects of data, such as product influence, tech innovation and user experience. Actually, these two awards only represent part of the many awards that PATEO has recently won during the peak of awards season. 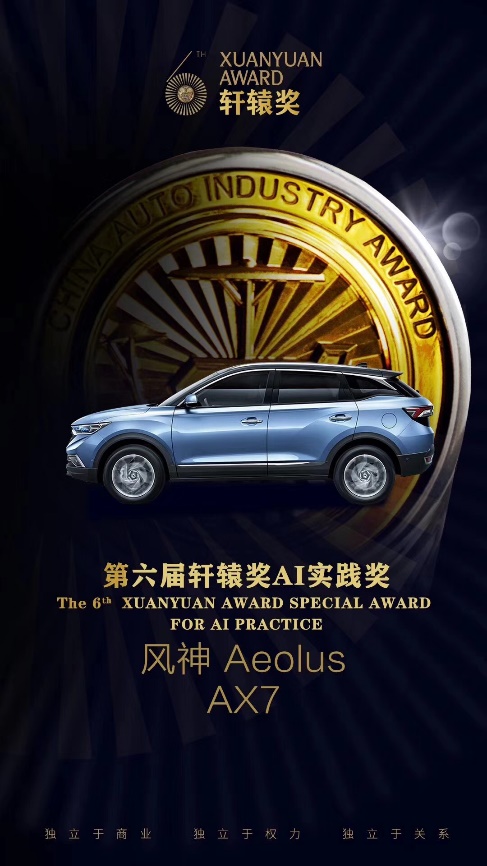 On Jan. 9th, 2019, at the 2019 Yidian Zixun Annual Automobile Festival & the 3rd Zhulu Awards Ceremony, hosted by Yidian Zixun under the guidance of the China Council for the Promotion of International Trade, Automotive Sub-Council (Automotive Industry Committee), PATEO Group was awarded the "Best IoV Brand of the Year" honor.

On Jan. 16, 2019, by virtue of its Qing OS, PATEO IoV got the only Golden Globe Award – "2018 Intelligent Vehicle Interconnection System of the Year" at GGAI Automotive Industry Annual Conference & Golden Globe Award Ceremony 2018. Winning these honors, on the one hand, confirms PATEO's status in the industry, indicating that PATEO is highly recognized by the industry in terms of not only brand building, but also technology and product, and on the other hand, shows the solid strength of PATEO, which is really not easy in the IoV industry characterized by an especially long industry chain and especially multitudinous participating enterprises.

"The auto industry in China and even around the globe has entered a new era - the era of AI-powered intelligent vehicles, while the wave rider in the era has become a perfect combination of the carmaker + the IoV enterprise."

"PATEO positions itself as the connector between the automaker and the Internet, and is committed to innovation, integration of global resources & various interactive products, and collaboration with partners from industries like the Internet, communications, technology, automobile, finance, retail, insurance and more, to offer auto enterprises one-stop ICV products and services featuring minimal interaction, Ultimate Quality, Ultimate Experience and Ultimate Interaction."

Since 2009 when the IoV took root and became established in China, PATEO has experienced a decade-long development boom, making it one of the few in the industry that can provide comprehensive IoV services, ranging from intelligent operating system, big data, content service integration & operation to map engine software & cloud architecture, embedded voice and cloud platform solutions.

PATEO has set up R&D centers in Shanghai, Nanjing, Wuhan, Shenyang, Dalian, Changchun, Shenzhen and Frankfurt, boasting a full set of qualifications for IoV operation in the China market, as well as 2,676 pieces of IP, either acquired or applied for.

Among them, the most critical Qing OS removes the cumbersomeness of traditional operations, truly realizes the full-scenario voice coverage, and provides users with personalized services, while laying a foundation for realization of the whole IoV ecosystem through access to vehicle infrastructure data, user data and cloud interface.

As one of the drafters and developers of MIIT's (Ministry of Industry and Information Technology) IoV standards, PATEO has carried out in-depth strategic cooperation with CATARC (China Automotive Technology & Research Center Co., Ltd.), and signed a strategic cooperation agreement on smart city with Shanghai Baoshan District Government and Lingang Group.

On basis of its own full range of capabilities, PATEO has carried out multi-faceted cooperation with many car companies, such as Audi, Benz, Bentley, VW, GM, Porsche, JLR, Peugeot Citroën, Volvo, BAIC, BAIC BJEV, DFM and SGMW.

PATEO has established cooperation with Suning in auto new retail, aftermarket service, and new mobility model, signed memorandum of cooperation in IoV platform with Huawei, as well as cooperation agreements on mobile payment with China UnionPay and Bank of China.

As a matter of fact, history is made when honor is received. For an enterprise, what is more important is how to proactively face the future, and how to get a clear picture of the situation, control the development direction of the enterprise, find a suitable position, and keep going in a stable and progressive way in the future cutthroat competition environment.

The Internet of Vehicles (Intelligent Connected Vehicles, ICVs) Industry Development Action Plan issued by the MIIT at the end of 2018 proposed to quicken up the development of the IoV (ICV) industry, vigorously cultivate new growth points and form new momentums. This indicates that for quite a long time in the future, the IoV will be a very important development direction for both the country and the auto industry.

In the future, the IoV ecosystem will be a wide-ranging one that spans multiple fields and industries, including vehicle OEMs, communications, infrastructure and mobility application, and each sector may witness in-depth integration and innovative cooperation.

In the field of IoV, PATEO has involvement in many aspects, with technological innovation capabilities in every of them, which is very helpful for PATEO to play its role in the integration of the industry, while forming its own unique competitive advantages.

The onboard display and the mobile phone were once the two most important carriers of the IoV, while the AI-powered voice interaction is changing the entry point to the IoV, as well as the communication method between IoV and human, enabling the various intelligent experiences delivered by the in-car OS to enter the driving life of vehicle users in a more acceptable manner.

The dialogue-based vehicle command and service wake-up features could activate the telematics services by saying them out during driving, while ensuring the normal driving will not be affected. With the upgrade of the IoV entrance, the application will be more abundant.

The key to IoV technology breakthrough lies in whether it is possible to use the existing AI technology to complete the upgrade of core driving experience and establish a market position for AI-equipped IoV.

Tech giants, service providers, automakers, parts manufacturers and supply chain enterprises all play an important role in the IoV industry chain. How to integrate the needs of all parties to form an IoV system that can meet the individual needs of car companies is not only an urgent issue to be addressed, but also the positioning and future development direction that suit PATEO.