In our era, discussions on the connected car have never stopped, among which data interaction is always the top priority, and by 2018 Tianyi Intelligent Ecological Expo organized by China Telecom in this field has just been held for ten years. Ten years means continuous attention, because not only the latest scientific and technological achievements are showcased here, but also the future-oriented reflection of each participant is presented. Themed as "Win-Win in the Intelligent New Era", the Expo this year fully focused on the intelligent ecosystem field to help promote eco integration & evolution, and integrate technology into daily life.

With regard to the layout in the intelligent new era, Yang Jie, Chairman of China Telecom Corporation Limited, said at the exhibition site that in the past two years, China Telecom has been collaborating with the backbone of the smart connection, smart home, internet finance, DICT, intelligent network connection and other sectors to carry out capital cooperation and strategic layout planning.

Among them, in the connected car sector, China Telecom chose to join hands with PATEO, in the hope of becoming a leading telematics operator and jointly advancing the overall rapid development of China's connected car industry. The most watched booth at CESA and the most popular stand at this exhibition are no one else but PATEO's. 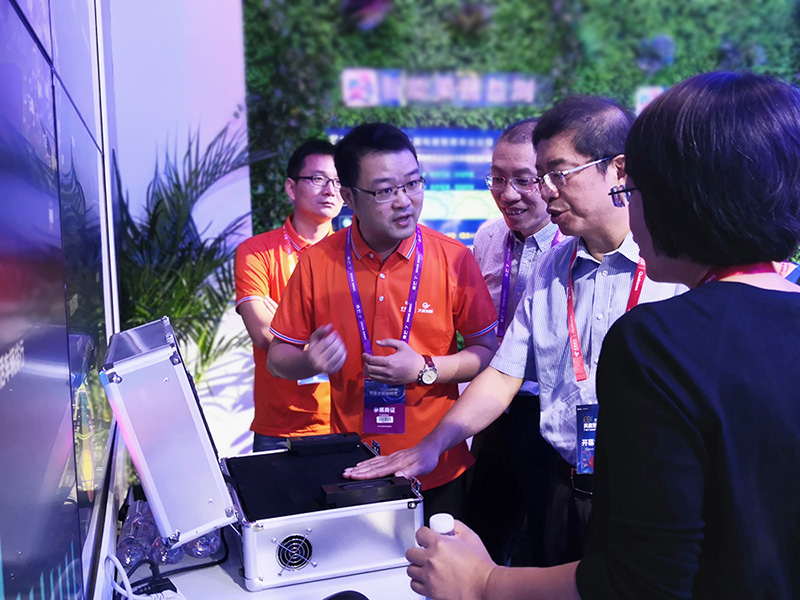 As the frontrunner in China's connected car sector, this time PATEO brought the "Qing" OS intelligent onboard system, which breaks the traditional cumbersome control procedure, truly achieves voice control in all scenarios, and provides users with personalized service featured by personally tailored interfaces to understand their real needs.

Compared with the existing onboard systems, PATEO "Qing" OS is the first to lay the foundation for the realization of the entire telematics ecosystem by getting vehicle infrastructure data, user data and cloud interface connected. The implementation of the latest technical products of PATEO, a platform-based company, will empower OEM to fully upgrade and transform.

At the eco-cloud platform level, PATEO provides solutions that get the OEM cloud, PATEO cloud and scenario application cloud connected, and thereby build the capability in AI-empowered ecosystem services covering all scenarios; at the same time, due to the openness of the "Qing" OS itself, it can access the auto companies' own eco data and realize the personalization of the business model, which is more valuable for them. It’s noteworthy that through the full empowerment of "Qing" OS + cloud platform + AI, the first AI-empowered IVI system in the industry - Dongfeng Fengshen WindLink 3.0 Artificial Intelligence IVI system will provide consumers with leading AI-driven ecosystem experience characterized by "Speak and Enjoy", and has been equipped on the next-generation Dongfeng Fengshen AX7. To a certain extent, this is an epitome of the evolution of China's intelligent vehicle, which reflects not only such advanced technologies as OS, but also the mode of collaboration between vehicle and the Internet of Vehicles, as well as creative conceptions of the future. PATEO has by no means positioned itself as a telematics supplier for automakers, but rather hopes to leverage its capabilities to empower the internet, communications, finance and travel domains.

PATEO has been thinking about cross-border cooperation and making overall planning & arrangement in this regard, and hopes to work together with China Telecom to harvest success on the road to transportation & smart mobility.

PATEO has, time after time, brought new surprises to the entire connected car industry. The next step and goal of the giant always attracts the attention of others. Today, PATEO's goal is to push the entire intelligent ecosphere forward and make strategic advances in more areas.

Then what surprises can it give in the future?