All insiders are expecting to see if the major investor of PATEO in Round A funding, Suning will cooperate with PATEO even further on connected car communication service after becoming a shareholder of China Unicom. 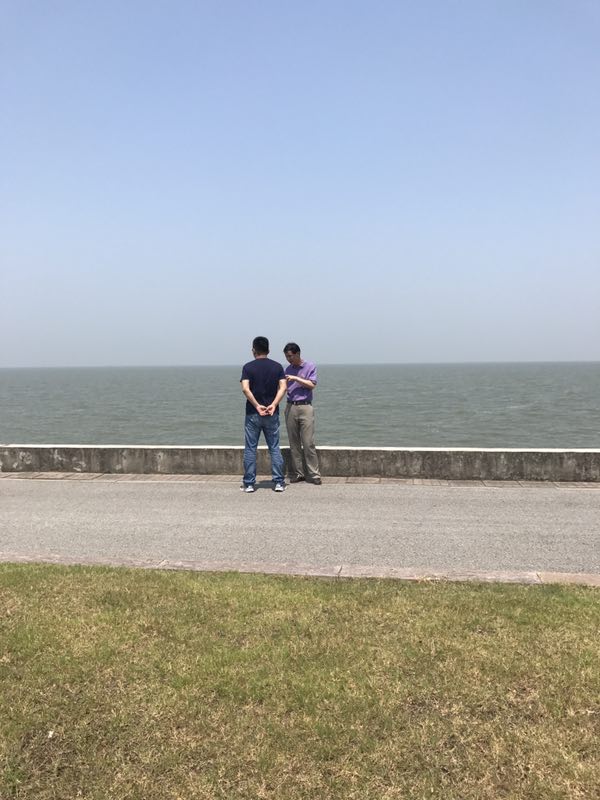 A new connected car industrial park will be established and lead by a leading Chinese connected car enterprise, PATEO Shanghai (Group) in Huzhou (only 2km away from express way, 0.5km from railway station and 1km from Lake Taihu), focusing on automobile intelligent cockpit system and auxiliary components.

PATEO signed agreement with Administration Committee of the Development Zone of Changxing, City of Huzhou today (17th August, 2017). The administration committee will be the leading party of investment on this intelligent connected car industrial park and will create intelligent manufacturers and highly intelligent warehouse logistics system with Industry 4.0 Strategy.

This investment could be viewed as a round of funding for PATEO (though PATEO is not the subject of the investment). Auto Business Review found out that the Round B valuation of PATEO reaches CNY 8.5 billion and the CNY 2 billion funding for the next stage already started.

PATEO and Changxing Financial Holding Group aim to create an Industry 4.0 intelligent factory with the highest standard and most advanced equipment in this industry. It can be seen that PATEO is ambitions and intends to be a connected car hardware supplier for OEMs in Europe and North America in the next stage.

The Changxing intelligent connected car industrial park covers an area of 300 Mu. The total investment reaches more than CNY 6 billion. It is planned to establish this industrial park in two phases. In the first stage, a '1+2+1' will be applied, i.e. to integrate 1 factory, 2 centers (development and test) and 1 platform.

'I factory' stands for a manufacturing factory for intelligent cockpit system and auxiliary component. It is planned to start production in Year 2018 with annual output of over 3.5 million sets and annual production value of over CNY 6 billion. The factory will meet the requirements for next 8 years' technical development plan.

Auto Business Review noticed that PATEO invested a lot on the establishment of this connected car industrial base (the total investment scale reached the one for a new automobile manufacturer). It can be seen that this company intends to focus on the promising connected car eco-system rather than simply be an integrator. This could also be the reason that PATEO quitted from car manufacturing field years ago.

It is mentioned by insiders that the area which Changxing Intelligent Connected Car Industrial Park is located was idle in the last ten years. Many investors intended to start business on this field. However, Administration Committee of the Development Zone of Changxing was 'picky' and 'strict´ since it believes that this field deserves the best industry.

PATEO project stood out from 12 projects. Administration Committee of the Development Zone of Changxing invited 3rd Party to evaluate all selected projects. PATEO won the highest score in the competition.

PATEO is one of the first Chinese connected car company, and also the leading enterprise in domestic connected car industry. PATEO worked on 32 innovative projects at home and abroad, possesses nearly 800 intellectual property rights, and has access to 4,000 intellectual property rights through cooperation. PATEO is the 'world's first' and 'world's best' in many fields.

PATEO is one of the leader in Connected Car Industry Standard Establishment Organization. It was rated as High and New Techno-logy Enterprises in China. PATEO has obtained special support funds of CNY 40 million granted by Shanghai Municipal Government for major projects in emerging industries. It aims to be a platform enterprise in Chinese connected car industry. Currently, PATEO is cooperating with key enterprises including UAES, communication service suppliers, Huawei, NXP, Suning, Baidu, Ctrip, UmeTrip, etc.

In the last years, many enterprises and local government intended to cooperate with PATEO to create a connected car industrial park. The cooperation with Development Zone of Changxing is another critical step in PATEO' strategic plan after its cooperation with Baidu on DuerOS open platform, Baidu Cloud and Baidu Apollo project on July this year.

All insiders are expecting to see if the major investor of PATEO in Round A funding, Suning will cooperate with PATEO even further on connected car communication service after becoming a shareholder of China Unicom. Anyway, Auto Business Review believes that PATEO, which is focusing on connected car industry, is looking forward to further cooperation on communication service.