Company News
Company
When Talking about IoE-defined Future Lifestyle, PATEO CONNECT+'s Ken Puts It This Way
7/31/2020
BY CHEYUN.COM
4483
On Jul. 31, the Second Suning Biu+ Ecology Conference was successfully held. Ken (Yilun) YING, founder and Chairman of PATEO CONNECT+, attended the event and signed a contract on the Biu+ Ecology cooperation strategy with Liu Donghao, President of Suning Smart Living. At the same time, he; also, at the Second Biu+ Cooperation Forum, he attended a roundtable discussion on the IoV, smart home, Biu+ Ecology, etc. with industry big shots including Zhang Jinsong, co-founder of EQUES, and Sun Xintao, VP of Tuya Smart, where he expressed personal opinions, while looking into the future lifestyle in the IoE (Internet of Everything) era.

Ken believes that intelligent vehicles (IVs) will enjoy a very bright future, and young people of the next generation will live a very happy life. When connected to the multi-scenario eco fields of smart city and intelligent transportation, future vehicles will enable interconnection with everything by virtue of 5G and the IoT, which will remodel and define the future lifestyle.
During the roundtable, when talking about the future lifestyle, Ken also shared the following content: 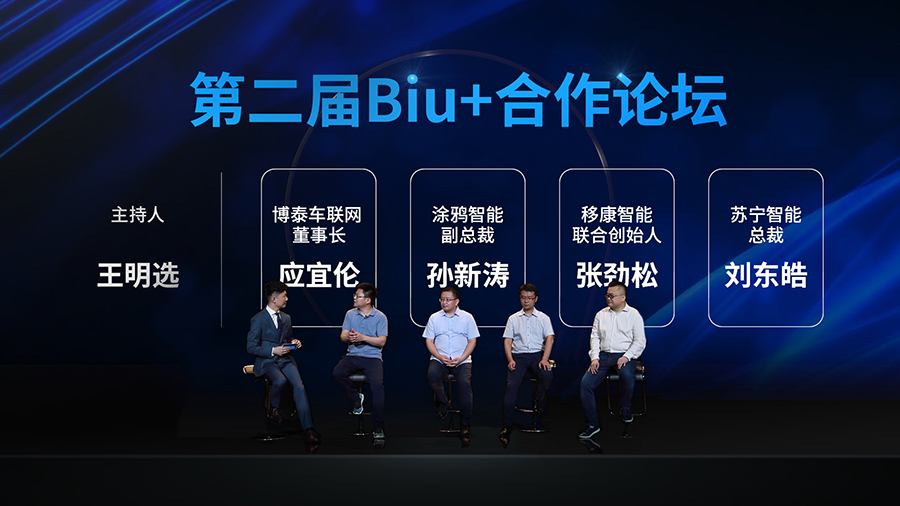