Company News
Company
Shanghai Xintiandi Welcomes the Arrival of a Group of "New Creatures" Allowing You to Get Your Hair Done, Pet Groomed, etc., All in a Car
5/2/2020
BY Shanghai Observer
3666 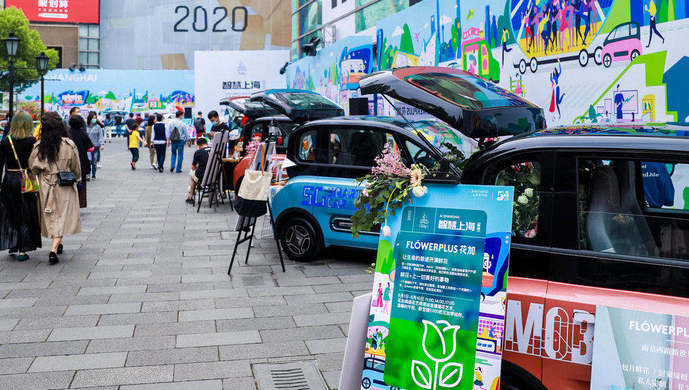 An uncle was instantly turned into a stylish guy with the ingenious hands of a hairdresser; a dotey pet became cuter after being groomed by a groomer; a newly arranged flower bouquet was immediately booked by a passerby through mobile phone app… During this “May Day” holiday, Shanghai Xintiandi welcomed a group of "new creatures" — more than 10 intelligent vehicles (IVs) were transformed into mobile barbershop, pet shop and florist.

Vehicles transformed into mobile shops? What’s this all about? It turns out to be a digital life platform created by PATEO CONNECT+, a leading IoV enterprise located in Shanghai, through seamless connection between the “Intelligent IVI” and the “Smartphone”, which is able to cover all the life scenarios of urban residents.

“As if I were returning to my childhood. it’s so full of the worldliness of our Shanghai Longtang (Shanghai Lane), but at the same time very avant-garde and modern.” This is how Mr. Huang who’d just had a hairdressing experience after placing an order via mobile phone app described this “Smart Market” made up of a dozen IVs. As soon as the photos of the visit to the market were posted on

***
messages, a lot of friends inquired about it. These PATEO IoV equipped “Little Sci-Fi Dudes”, the New Baojun E300 IVs, are therefore be dubbed the “biggest influencers in history”. 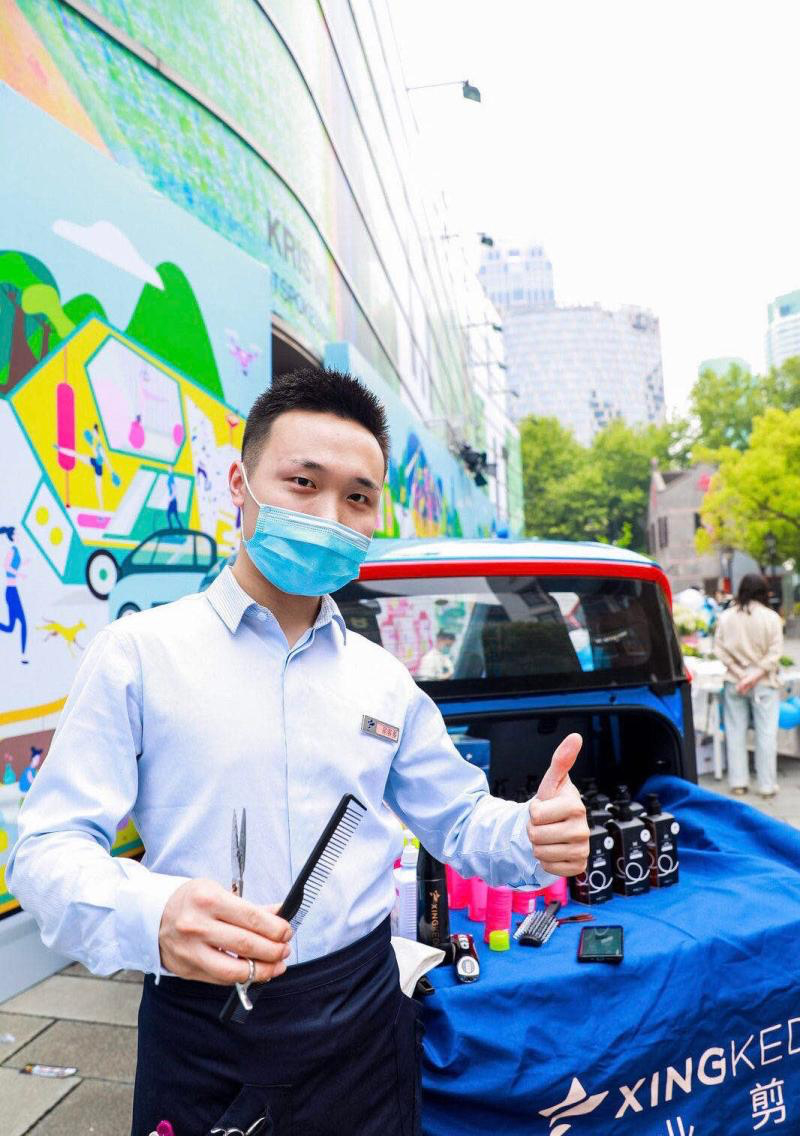 Small and micro enterprises are the capillaries of urban economy. During the coronavirus outbreak, 6 million small and micro economic entities across the country were affected to varying degrees. In Feb. when the epidemic situation was the worst, the nationwide small shop opening rate only stood at 50%, and the situation in Shanghai was not optimistic, either. Small and micro shop owners and craftsmen suffering from small size, little fund and weak anti-risk ability cannot afford the expensive rent of large shopping malls, while the small shops hidden deep in the community often find themselves in the predicament caused by insufficient customer traffic and difficult marketing.

Under such circumstances, the "online new economy" advocated by Shanghai Municipal Government is undoubtedly a good remedy, and the Xintiandi Smart Market is exactly a product of this new concept. In a “vacant” site of the community, the New Baojun E300 equipped with PATEO IoV is used as a "mobile stall" to assemble a variety of small and micro service providers, such as beauty salon, healthcare & fitness, child education, pet, and coffee & tea drink chain, with the aim of maximizing the exposure of “craftsmen” to the public, while allowing the faddists to have an onsite consumption experience at the shortest possible distance. This kind of locality related & based strongly trusted consumption is spread from mouth to mouth in the online community through a comprehensive service platform of the smart community, and then forms a more positive mobile service mechanism through a fair and reasonable display and rating mechanism.

In the future, the vehicle will not only function as a means of conveyance, but also become a mobile business & a mobile market

Ken (Yilun) YING, founder and Chairman of PATEO, said that in the future, the vehicle will not only function as a means of conveyance, but also take on new forms, such as mobile real estate, mobile business, mobile tourism, mobile community employment, and mobile market. The Smart Market’s “online new economy” model created through the “Street + IV” platform may probably offer a new path for the development of many self-employed service providers and address the "Last 10-meter" life services for community residents. The introduction of mobile shops will also bring new scenarios to automotive application.

It was indicated by Huangpu District side that Xintiandi is a demonstration development area for the transformation of Shanghai's commercial spaces, the IVs can be utilized to overcome the limiting barriers of space, and the intelligent development of the Xintiandi Smart Market may provide new ideas for the development of smart communities throughout the city and even the country.