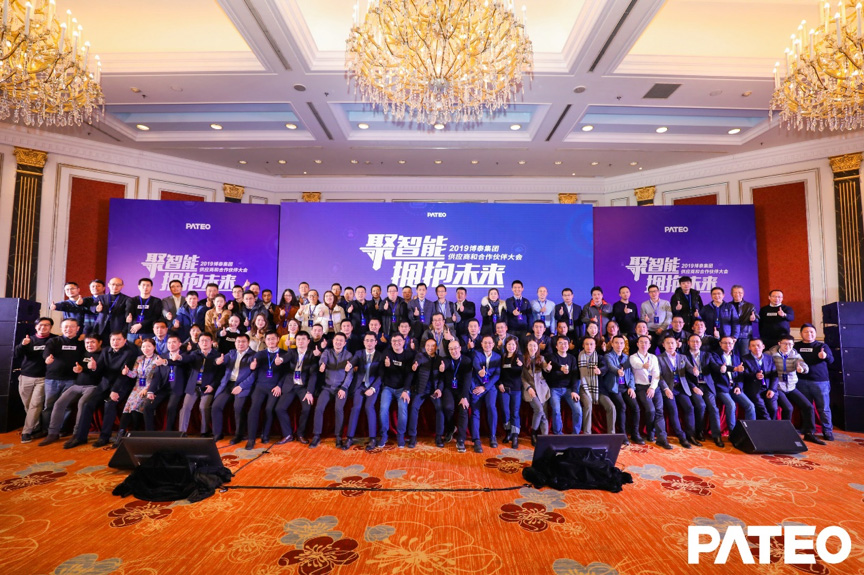 Recently, the First Supplier & Partner Conference of PATEO was ceremoniously held. At the event, while interpreting its achievements over the past decade, PATEO also announced the goals and direction of corporate development in 2020 — to further strengthen its cooperation with every supplier and partner, enhance the construction of its delivery and quality systems, grow stronger, and promote the buyer-supplier collaboration for mutual benefit, win-win results and common development.

Vivid yet those crowded months and years of endeavour丨IoV — not a business, but an era

The development of the IoV has not always been smooth. In detail, during the 10-year period from 2009 when it was first born till today, the IoV has generally gone through five stages: Security Focused IoV — Aftermarket Installed IoV — Mobile Phone Connectivity Featured IoV — Vertical Internet Company Dominated IoV — the current all-new era.

During the 10-year development process, PATEO has always been acting in a diametrically opposite way. In 2009, when the whole industry was working on the Security Focused IoV, PATEO created the world’s first 3G network-based IoV on the strength of Android OS, which not only led the industry by 3 whole years, but also initiated China’s IoV era;

In 2011, when the industry was working on the Aftermarket Installed IoV on a large scale, PATEO always stuck to premarket installation, which though was not understood and recognized by the industry back then, has now become the mainstream trend;

In 2013, when the industry embarked on the Mobile Phone Connectivity Featured IoV, PATEO had already built the Qing OS in the full sense and featuring layered upgrade, which achieved the stringent automotive grade standard in 2014, 3 years earlier than its counterparts;

In 2015, PATEO provided an outline of the future of China’s IoV, and launched the world’s first Qinggan I.P.D.A product, thus laying a foundation for the IoV era centered on intelligent IVI rather than mobile phone connectivity; 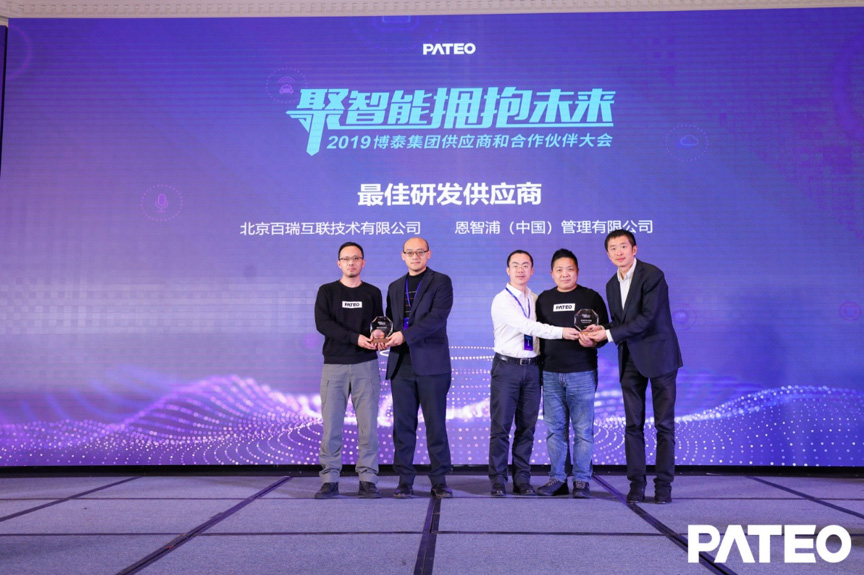 In 2016, with vertical Internet companies represented by iFLYTEK and AutoNavi successively entering the market, PATEO persisted in the integration of hardware, software and cloud operations, and built the 14-module Qing Cloud platform services, 2 years earlier than other industry players. That year, China’s IoV industry started to knock the socks off the world;

In the overall context where Internet giants and car manufacturing newcomers were deeply involved in the IoV, PATEO again established in-depth connections with more than 100 various platform enterprises in the Internet sector, and launched the Qing AI in 2018, marking that the IoV industry formally entered the era of AI from the age of voice interaction. That year, China’s IoV industry led by PATEO as well as the intelligent vehicles (IVs) began to truly go global;

In 2019, PATEO joined hands with New Baojun in launching the PATEO·New Baojun Qing Mobile IoV, which, for the first time, allows access to the OS cloud account on a mobile phone, so that all the capabilities of the most advanced smartphone are deeply embedded in the car, making it a revolutionary product of milestone significance.

Looking back over the past ten years, all along the way, PATEO has been staying in deep communication with all walks of life, and accurately grasping the future trends. In the IoV industry, all well and ends well. PATEO is not only the initiator of China's IoV era, but also a chief writer of the world’s IoV history that cannot be overlooked.

The past glory has laid a solid foundation for today's success; the helping hand of partners has facilitated today's win-win situation. As the only independent third party in the industry boasting end-to-end capabilities, PATEO relies on its cooperation with suppliers and the support from them to offer the client total solutions, and has become one of the largest companies in China's IoV industry. At this conference, PATEO reported the following sets of figures to its suppliers and eco partners:

As the number one IPR holder in the domestic IoV industry, PATEO has accumulated 3,670 IPRs till today, among which over 80% are invention patents and over 300 are core technology patents. In 2019, PATEO ranked above Daimler and BMW on a relevant ranking list released by CATARC (China Automotive Technology and Research Center Co., Ltd.); also in 2019, PATEO was 104th on the comprehensive ranking list of “China’s Top 500 Companies by Patent” (regardless of industry), ahead of all auto industry players.

Currently, the order amount of PATEO totals CNY 17 billion, and it is estimated that the company will yield a revenue of CNY 7 billion by 2021, which is undoubtedly an industry-leading level for an IoV company.

This is how we call our clients internally. This figure is mainly meant to indicate that at present PATEO enjoys high quality automotive client resources, including top private enterprises, top central enterprises, top JV brands and luxury brands. At the conference, these clients fully recognized the delivery quality and innovation capabilities of PATEO, as evidenced by the videos they sent.

"Figures are evidence of the culture behind a company and what it has always been adhering to," said Ken (Yilun) YING, founder of PATEO. The above figures tell us that PATEO is well-deserved to be “the leader of China’s IoV industry", be it in terms of the large scale & size or the innovative R&D. But behind, what has it been adhering to?

The ultimate conflict of an enterprise in the technology-oriented IoV industry probably lies in the lack of independent core technologies, which in turn leads to its inability to offer the user a good experience. For PATEO that defines "3I" and "3U" as its brand DNA, it is as easy as crushing dry weeds and smashing rotten wood.

Unlike the enterprises which believe in “Take-ism” (a concept proposed by Lu Xun, which advocates taking what is good from foreign culture) and are thus gradually marginalized by the industry, since its establishment, PATEO has defined the “3I” Spirit – “Insight, Innovation and Integration”, taken innovation as the first and foremost basis, persisted in R&D investment, and created many firsts in the industry. PATEO is now the enterprise with the most IPRs in the field, ranking 5th globally and 1st domestically. Driven by the "3I" Spirit, every day, 920 product staff and engineers of PATEO CONNECT+ are thinking about these 5 questions over and over again: 1. Why can't we keep up a good experience while helping automakers reduce the annual cost by CNY 0.7-1.4 billion? 2. Why can’t the computing power and performance of the IoV hardware fully keep pace with those of the latest generation smartphone? 3. Why is the IoV only connected for 2 hours a day, not 24 hours? 4. Why can’t the OEM allow its tens of millions of existing users to enjoy the same services as new vehicle users do, and gain income from closed-loop user operation? 5. Why can’t we cooperate with smartphone & car companies to gain the underlying capabilities, solve the problem of the car company being kidnapped by the Internet, and give the completely open ecosystem back to the user?

Thanks to its adherence to the "3I" Spirit, PATEO has been standing on the shoulders of the many top Chinese business giants in the automotive, communications, Internet, and even retail, finance and mobility industries, etc., to guide the future of the IoV with the most forward-looking vision

In the IoV world, a good user experience is of critical importance. PATEO even looks up to it as the standard, and sets bringing the "3U" experience – "Ultimate Quality, Ultimate Experience and Ultimate Interaction", i.e., “the best quality, best experience and best intelligence” – to the user as its ultimate goal. With this in mind, PATEO not only owns the in-vehicle IoV, but also launched the mobile phone based IoV last year, thus extending the user's car life from inside the car to outside the car. By using a mobile phone to replace an IVI to control the IoV, the IVI is "downsized" to a mere screen. Since the computing power of a mobile phone is about 20 times that of an IVI, it is in a better position to control the IoV. Moreover, the update frequency of the mobile phone is much higher than that of the IVI, which is conducive to the intelligent upgrade of the IoV.

Thanks to its adherence to "3U", the user's car life is extended from the original 2 hours to 24 hours; while reducing the cost per unit and increasing profit for the OEM, it means that suppliers and partners will have more businesses, thereby allowing themselves and PATEO better development.

With its delivery and quality systems implementing the “3S” (Standard, System and Saving) management concept, PATEO will continue to build stable and trustworthy delivery capabilities as well as a top-level and rich partner ecosystem, while continuing to bring the automotive industry high-quality products based on various leading platforms at the most competitive price.

Seeking a win-win solution: customer-orientation and open ecosystem for realization of all-scenario and large-scale implementation 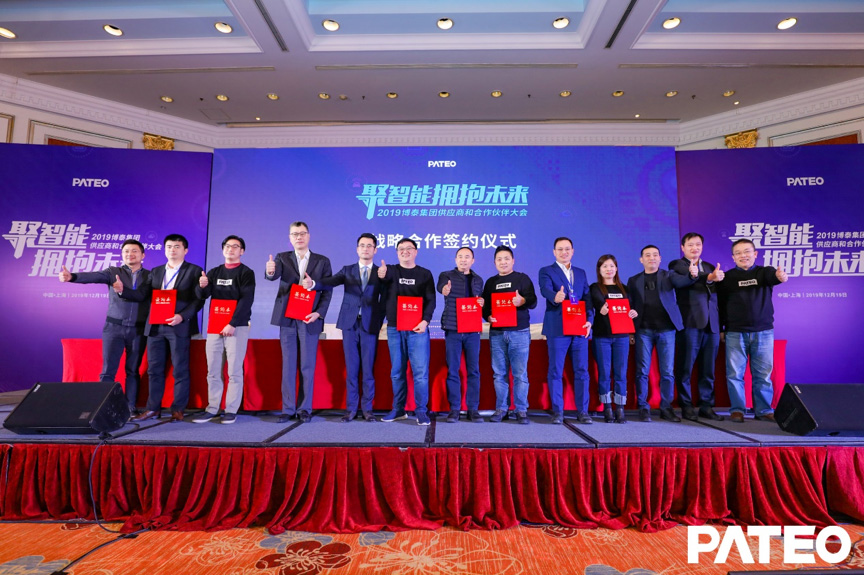 Although the Chinese Internet giants represented by BAT (Baidu, Alibaba & Tencent) keep increasing their investment in the IoV system, while some car manufacturing newcomers have also entered the arena to make their own overall arrangements — all are staring at the cake of the IoV — PATEO believes that the IoV industry needs to be open, and requires original innovations; we need to master our own core technologies, and of course also need robust and reliable delivery and quality systems. PATEO has not only deployed its own map and AI platforms, but is also carrying out multifaceted development to achieve 1 (Vehicle) + 1 (Mobile Phone) + N (All Scenarios). Such a development process will undoubtedly yield a win-win outcome for the suppliers and eco partners. PATEO will be customer-oriented and continue to be the "party in between the automaker and the Internet company and linking them together", so as to provide the most suitable integrated solutions, solutions for large-scale application of products as well as the most important user experience. In the future, the IoV will certainly usher in an era featuring a win-win situation for multiple parties. PATEO regards the fate of the automaker as its own. We do not intend to earn money from the OEM, but is going to achieve a win-win outcome with them.

Circumstances change with the passage of time. With the arrival of the 5G era, the automotive industry and Internet technologies are advancing by leaps and bounds. By then, vehicles will no longer be a simple means of conveyance, but a comprehensive and versatile mobile assistant that’s turned from a cold industrial machinery product to a warm intelligent companion.

As an important portal of mobility, the IoV industry represented by PATEO will be able to collect more and more information, further promote the transformation and upgrading of traditional industries like automotive manufacturing, retail and insurance with its own innovation & creation, open ecosystem, platform capabilities and technical barriers, and thus bring more space for disruptive imagination to the construction of smart cities in the future.